Before and during my pregnancy I joked that I was engaged in evidence based baby making. I could quite happily explain the evidence behind my decisions, be it how much alcohol to drink or my birth preferences. I was helped in this by the NICE guidelines and summaries of their basis and the book Expecting Better. I'd like to take a similar evidence based approach to baby raising, but I'm finding it harder to find resources. Here is some information that I've gathered so far. Feel free to correct it, preferably with citations, if you think any of it is incorrect.

1. There are lots of different approaches to raising children that all result in the child being broadly OK.

2. The biggest determinant of a baby's wellbeing is their primary caregivers' wellbeing.

3. It is best to exclusively breastfeed until 6 months, although the benefits are probably overstated due to omitted variable bias and the evidence against introducing solids between 4 and 6 months is more limited.

4. There are benefits to continuing to breastfeed until the baby is at least 2 years old.

5. One should not exclude potential allergens from a baby's diet unless there is reason to believe that they have an allergy.

6. You should follow the NHS's vaccination schedule. (It's fine to get some late due to holidays or illness.)

7. I'm not sure whether it is worth paying for Nathaniel to be vaccinated against chickenpox.

8. It is best to praise children in a way that encourages a growth mindset rather than a fixed mindset I.e. praise effort and strategy rather than inherent talent.

10. The NHS says that babies should be given supplements of vitamins A, C and D from 6 months if they are not being fed formula. I'm not sure how necessary this is and am a bit reluctant as I can't work out how to administer them in a way that Nathaniel won't hate.

12. Babies can usually sign before they can speak, so teaching them sign can help them to communicate earlier.

That's just some off the top of my head whilst Nathaniel naps. Any to add?

I haven't posted in quite some time, but I have a very good excuse: I made a person! 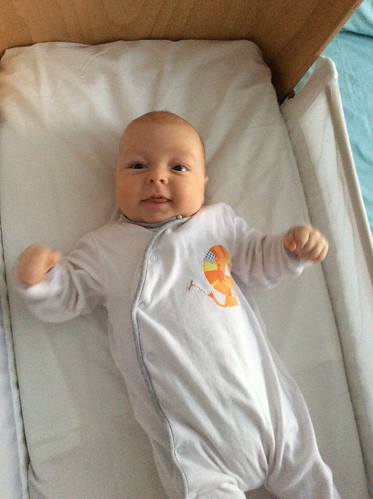 I'm thinking of spending three weeks this summer studying at yeshiva, probably either the Conservative Yeshiva or Pardes Yeshiva.

Any views or advice?

Any tips for finding accommodation in Jerusalem for a month this summer?

Any recommendations for books/websites/other on this?

This month I discovered The Minimalist Mom Blog (I think there might have been a link to one of her posts from Unclutterer) and have been enjoying reading through her archive.

For a while I have been thinking about my wardrobe and her posts about her clothing have been resonating. On the one hand, I don't buy clothes that often and I don't spend much when I do buy things. I try to buy clothes second hand. Ebay and Oxfam are my tailors of choice. On the other hand, I'm not very good at admitting that an item of clothing has become too tatty to wear and get rid of it. I think part of the problem is that by the time something gets to the point that I won't wear it anymore, certainly no-one else will. I've also spent most of my adult life in situations where wearing scruffy almost rags are acceptable, whereas now I have a grown up job and would like to look nice. I'd also like to use my wardrobe space to store clothes I wear, rather than as a retirement sanctuary for clothes whose only possible next incarnation could be high quality paper.

Anyway, this has led to me trying to work out what clothes I actually need, so that I can make sure I have those clothes and question whether I want to continue storing clothes that don't fit into this scheme. This list is per 'season', so 2-3 work skirts translates into 4-6 work skirts: 2-3 for winter and 2-3 for summer.

The next job is to work out how the clothes I own fit into these categories. Then I can work out what extra items I need and what items might struggle to justify their wardrobe space. 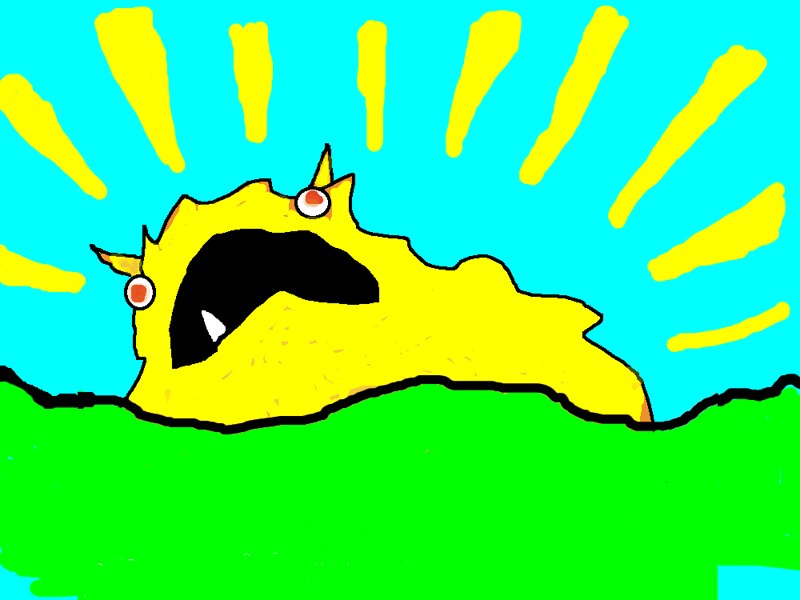 Inspired by Hyperbole and a Half

kerrypolka and I have been learning Talmud together. I thought this section was screaming out of a Venn Diagram and was surprised I couldn't find one when I Goggled, so I made it myself.

My, it has been a long time since I have updated. I'm still reading my reading page every day or so, but life has been just the right combination of busy, happy and uneventful to keep me from writing posts with any regularity.

I thought I'd give you an update on my spiritual PDE efforts.

I have now read my way through the whole Tanach in translation. I think it has given me an appreciation of how the bits that pop up as haftarahs fit in with the whole. I commented to a friend that it was a bit like actually sitting down to watch the box set of a show you've previously just caught the odd repeat of when flicking through TV channels. I've found the reading on my commute method every week quite useful, so I've bought The Observant Life on Kindle and have just started reading that. In terms of Talmud, I'm continuing going to Talmud study at my rabbi's house about once a fortnight and I've also started doing chavrutah with

kerrypolka on the alternative weeks. We're doing about one daf (page) a go in English, which means that it will take over a 100 years for us to get through the Babylonian Talmud at this rate. I don't think we're going to make it.

I have done less well with the Hebrew. I've only attempted any translation about three times in the last more than three months. I just can't seem to bring myself to get into the habit of studying it regularly. Grammar exercises are boring but translation at my current standard is a massive slog, looking up the majority of the vocabulary and trying to remind myself of the verb and noun forms. I think another obstacle is that I need a grammar book and a big dictionary to have a hope at translating anything, which means that Hebrew practice can't be done on my commute, which is a shame because I find that the easiest time to slot in learning (the Tanach was read almost exclusively on the Northern Line). I'd welcome suggestions for ways to brush up my Biblical Hebrew other than just sucking it up and getting on with doing it on a regular basis.

I'm starting to think more about children. Don't jump the gun with the 'mazel tov's, but as a happily married non-childfree woman in her thirtieth year, they're beginning to become less of a far off hypothetical. I've been thinking about the kind of Jewish upbringing and eduction I'd like to provide for my children. Now, I hate the 'Judaism as a giant intergenerational ponzi scheme' but I think that, just as 'what would you do if you had a million pounds?' can be a useful thought experiment, 'what kind of religious example do you want to give to your children?' can be a useful thought experiment to work out what you'd like your religious life to be. This has motivated me more to improve my Hebrew. It's also made me want to explore prayer. Aside from shul, I almost never engage in set prayer. I think when (G@d willing) I have children, I'd like to encourage them to start and end the day with prayer. Many times in the past I've had a go at praying regularly, but I've never kept it up. This time I'm having a go at starting small. Really small. I'm trying to get into the habit of saying Modah Ani when I wake up in the morning. I'll see how I go at that.

A slightly worrying admission is that I've managed to get most of the way through my 20s without knowing what standing orders are.

Are they the same as when you set up an automatic regular monthly payment from your account or are they something more complicated than that?

I rarely wear make up and haven't worn any for probably over a year. I'm going to a dinner this weekend so I cracked open my box of well past expiry date make up and started playing. I realised that I've forgotten most of what little knowledge of make up I ever had.

Can anyone recommend links to tutorials they would recommend for applying eyeshadow in a way which does not make me look like a drag queen?
Collapse